Posted: Saturday, July 21, 2012 11:45 pm | Updated: 6:41 pm, Sat Jul 21, 2012.
beaufort — Friday proved just another hair-raising day in the exceedingly unique Barta Boys and Girls Club Billfish Tournament.
Throughout the afternoon, kids came to the weigh station one by one with small bottom fish caught in shallow inshore waters. And in the evening, one man reached deep down into his pockets to donate a very large sum to the event.
John Eppehimer, owner of the Rising Tide Media company that runs websites such as sportfishermen.com and boatloans.com, helped the tournament raise $30,000 in about 30 minutes.
“John is an amazing guy. He has stuck with us throughout the years,” tournament director Cynthia Barber said. “He has always been very generous. And we are very appreciative of him and all the people that visit the sportsfishermen.com forums. They give $5 here and $10 there. It adds up.”
The donation didn’t go unnoticed by Boys and Girls Club of Coastal Carolina board members in attendance, many of whom could be seen giving Barber high-fives after the announcement.
Eppenhimer took the stage on the Release Marine family game night, where fighting chair competitions, flounder flings, face painting and other family fun events took place, and offered a challenge.
He would make a $20,000 donation if those in attendance would match it with $10,000.
A few very generous families started the ball rolling with $1,000 donations, and soon kids were coming to the stage in droves, bringing with them small bills and big hugs for tournament co-founder Tred Barta.
“I’m a proud guy, but I’ll admit, that had me tearing up,” Barta said. “It’s just a great night for us. We can’t thank John enough. And all the people here who pitched in.”
Eppehimer, a New Jersey resident, visited the tournament in its infancy eight years ago and has been a big fan ever since.
“This tournament is great, and Cynthia is great,” he said. “She and all the people here, their enthusiasm is contagious. I admire them so much. They have so a belief in these Boys and Girls Club kids. I want to be a better father, and I see events like this helping families to come together.”
Eppehimer acquired boatloans.com in January, and the site has earned $20,000 during that time. He decided to donate the entire proceeds to the Barta. It was not, however, his first large donation to the tournament. He has given thousands during its nine-year run.
“To be able to get involved with something like this and know we are helping to give kids opportunities they might not otherwise have is tremendous,” he said. “That money can send a lot of kids to camp and help the scholarship fund. I’m surprised more people here don’t get involved with this. It’s one of the most amazing events I’ve ever seen.”
Those in attendance Thursday at the dinner were treated to almost football-sized pork chops served by Murphy Brown, LLC, and some went home with sought-after items after the ultimate raffle drawing silent auction.
Those two fundraisers helped the tournament continue its march toward a goal of raising $1 million — it has reached $650,000 in eight years — for the Boys and Girls Club of Coastal Carolina, which includes units in Beaufort, Morehead City and Havelock.
The organization, now in its 15th year, serves 250 kids a day during the school year and provides camps during the summer. It has an annual budget of $750,000 with most of that money coming from grants, fundraisers and private contributions.
“Our budget, like many non-profits, has been bumped down a little,” board president Andrew Wheeler said. “Donations have been down and grant funding is limited, so we’ve had to make adjustments. We’ve learned how to do more with less, like many in this economy.”
But despite the struggles, the organization’s goal never changes.
“Bottom line, it’s our goal to provide a service to as many kids as possible with the resources we have available,” Wheeler said. “We don’t want the kids to ever have to worry about finances, we don’t want them to ever notice a difference.”
The night’s festivities helped brighten a gloomy day that saw little fishing in gale-force winds. Just a handful of the tournament’s 55 boats ventured into rough offshore waters with most staying inshore to catch whatever would take their bait.
There were no billfish releases, and Courtney Phy’s 10.06-pound dolphin, caught aboard the Galot 3, was one of just two gamefish brought to the docks. Her catch put her atop the leaderboard in four divisions, including overall dolphin, junior angler dolphin, Volvo Penta grand slam and Volvo Penta grand slam junior angler.
Chase Hawkins, fishing aboard PentaGone, leads the bluefish division with a 1.50-pound catch, and Hunter Rice, aboard the Southern Pearl, is leading the Spanish mackerel division with a 1.40-pounder.
Charlie Boughman, fishing aboard Marlin Fever, leads the always ultra-competitive pinfish division.
“We made the best of a really bad situation,” Barber said. “It’s a shame about the weather, but the kids had a blast. It was a fun day. I saw saw some of them eyeing the pinfish award and talking about how cool it would be to win it. They are excited regardless.”
Barta, too, in his wheelchair — he suffered a rare spinal stroke in 2009 that has caused paralysis from the chest down — got in on the inshore fishing.
And the record-setting hunter and fisherman, author, pilot and noted hunting and fishing television show host of the NBC Sports Network’s “The Best and Worst of Tred Barta,” was apparently a match for what the tough Crystal Coast shallow waters had to offer.

“I caught a mussel with my fly rod, it took off, stripped me twice, squirted water all over the place, then we wired him up four times. I fought him to the boat and released him,” he joked.
The tournament concluded Saturday with fishing from 8 a.m. to 2 p.m. with Nationwide Insurance sponsored weigh-ins at the Beaufort town docks from 3:30-6 p.m.
Saturday night brought the tournament to a close with the Anheuser-Busch and R.A. Jefferys Distributing awards ceremony and dinner at 6:30 p.m.
Complete results will be in the Wednesday edition.
For more information on the Barta Boys and Girls Club Billfish Tournament, call Barber at 808-2286 or visit the web at www.bartabillfish.com. 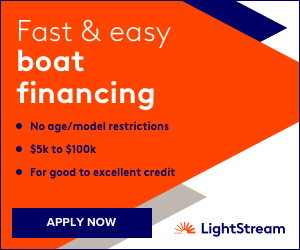 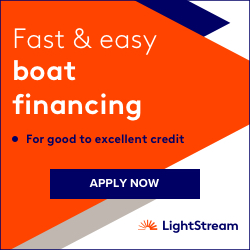